A Brief Overview of the Diverse Uses and Properties of Magnetite

Never heard of magnetite? Well, then you've landed on the right site! Here is all you need to know about magnetite, including magnetite uses, origin and occurrences. 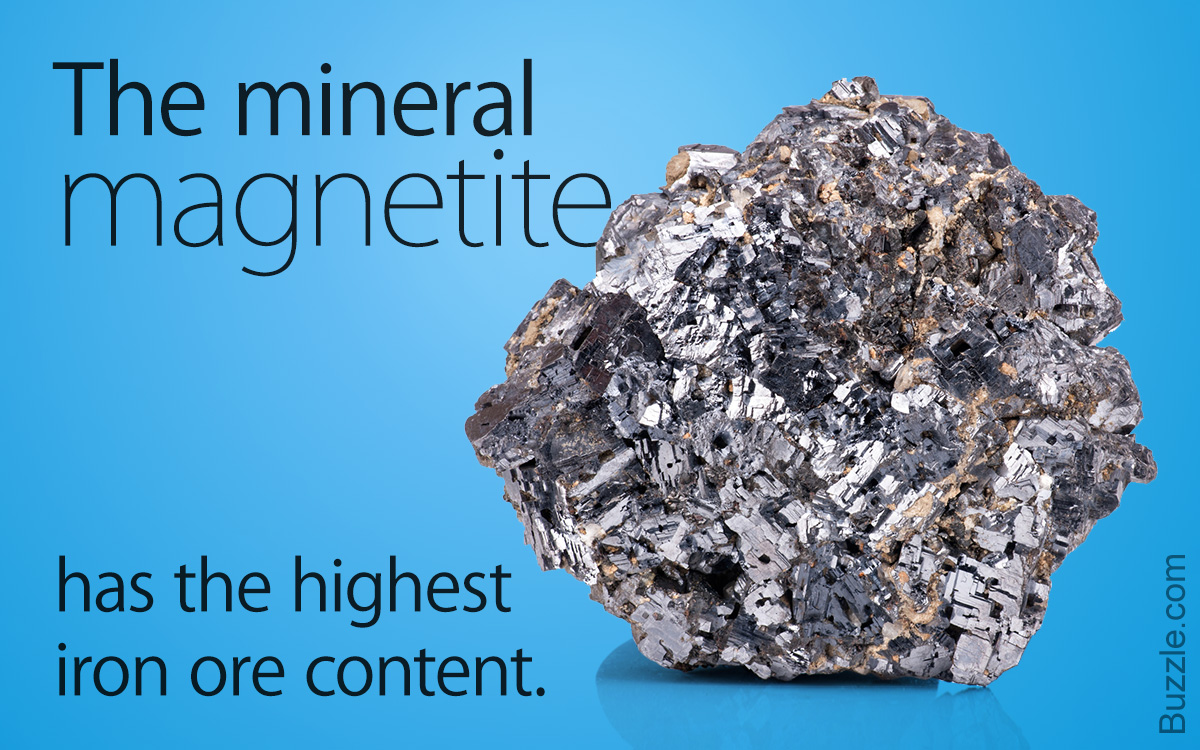 Never heard of magnetite? Well, then you’ve landed on the right site! Here is all you need to know about magnetite, including magnetite uses, origin and occurrences.

Magnetite has a wide variety of uses, both domestic and industrial. It is one of several oxides of iron and has strong magnetic properties. Magnetite is a significant ore of iron and as such, is distinguished from other ores of iron by its tendency to attract and get attracted to magnets. Before we jump towards discussing magnetite uses, let’s take a closer look at magnetite itself. Read ahead to find out more about magnetite mineral.

Magnetite is a type of mineral that belongs to the spinel group of which several other minerals like graphite, chromite and hercynite are also members. The chemical formula for magnetite is Fe3O4. However, there is another formula for magnetite – FeO. Fe2O3 – which is a combination of the formulas for wustite ( FeO) and hematite (Fe2O3). This means that magnetite consists of one part of wustite and one part of hematite. Magnetite is the most magnetic mineral that is found on Earth. Its color ranges somewhere between black and dark brownish black and this mineral has a metallic luster like most metallic minerals do. It ranks between 5-6 on the Mohs scale of mineral hardness.

This mineral also occurs in the biological systems of various living organisms such as bacteria, bees, fish, pigeons, termites, humans, etc. In multicellular organisms, traces, in the form of crystals, of magnetite are usually found in the brain and are believed to play an important part in the brain function of sensing the inclination of the Earth’s magnetic field and aid in navigation. We can say that these biological magnetite crystals make up the biological compass of the above mentioned organisms. However, magnetite is not one of the significant minerals in the body.

As mentioned at the very beginning of this article, magnetite has a wide variety of uses. Right from serving as a magnetic decor for your refrigerator door, to keeping trains from moving off tracks, magnetite uses have a wide range that span across domestic as well as heavy industrial purposes. However, the most significant use of magnetite lies in its status as an ore of iron and its industrial importance in manufacturing steel.

Magnetite is an important material component of power plants as it is used to generate electricity. Magnetite, owing to its magnetic properties, is widely used in compasses and other navigation devices. Magnetite also serves as an excellent abrasive which is a cleaner and has way lower toxicity than abrasives that have a silica base.

Domestic and other common commercial uses of magnetite include its inclusion in toners and for window insulation. Due to its tendency to attract magnets, magnetite is often used to locate magnets and magnetic fields. Ever heard of thermite? Well, thermite is a powder-like substance made from metal powders and metallic oxides which produces an exothermic reaction owing to an oxidation-reduction process. Although red iron oxide (rust) the most popular metallic oxide used for getting a thermite reaction, magnetite can also be used to replace red iron oxide.

Due to its unique properties, magnetite is a mineral of great scientific interest and it is widely used in laboratories as part of various experiments and mineral studies. Use of mineral magnetite for removing arsenic from water is well-known as is magnetite’s reputation as an exceptionally efficient sorbent. That was a brief overview of magnetite, its properties and its various uses. Hope it helps!