The Stone of Magic: The Meaning, History, and Uses of Labradorite

Known for its unique color spectrum that is created due to fractures in the mineral, labradorite was not officially discovered by modern civilizations until the 18th century. This article discusses the meaning, history and uses of this unique stone.

Home / General / The Stone of Magic: The Meaning, History, and Uses of Labradorite 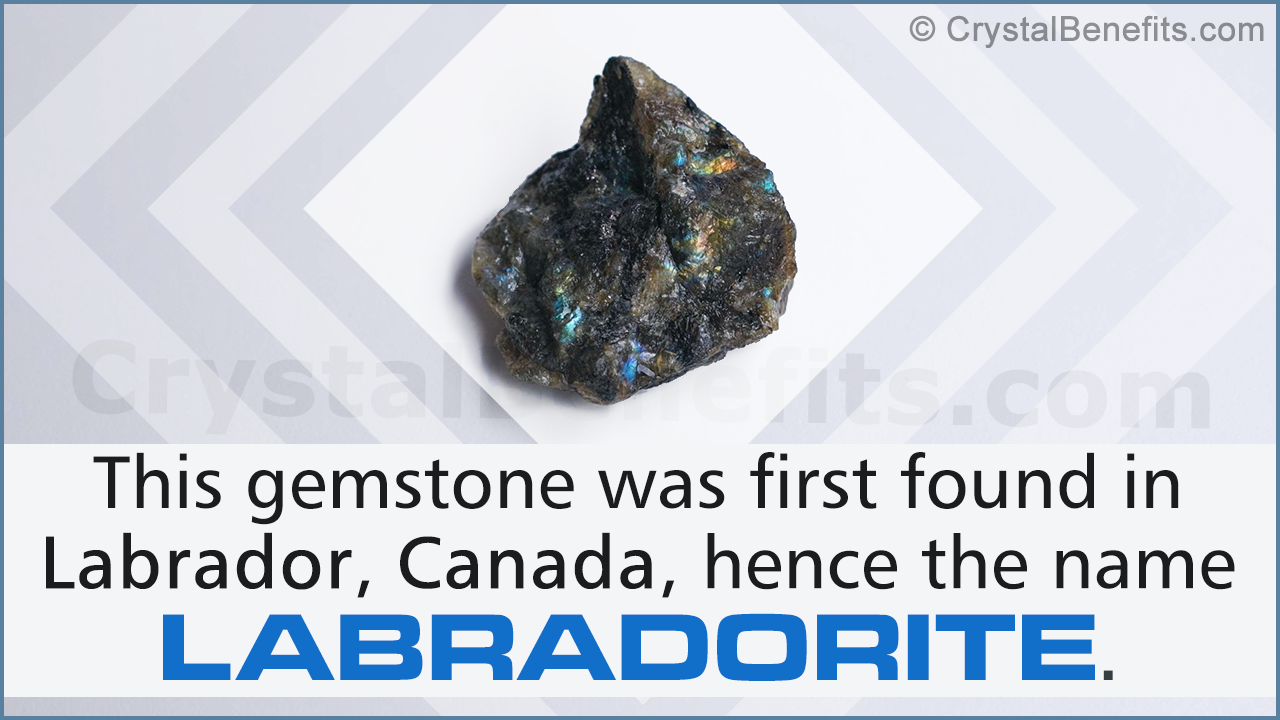 Known for its unique color spectrum that is created due to fractures in the mineral, labradorite was not officially discovered by modern civilizations until the 18th century. This article discusses the meaning, history and uses of this unique stone.

Labradorite is a unique gemstone and was discovered in the 18th century. Its name is derived from the area it was found in—Labrador, Canada. The suffix -ite can be traced all the way back to Latin and Ancient Greek. It has been used in forming adjectives and nouns, meaning “connected or belonging to.” Since classical times, it has been used to for describing local and ethnic designations as well as minerals and gemstones.

The Formation and Mining of Labradorite

Labradorite is a plagioclase feldspar. Within this group, there is a classification that boils down to if they contain sodium or calcium. Albite is at one end of the spectrum, and it is made up of sodium but it lacks any calcium. At the other end is Anorthite, which contains calcium but no sodium. Labradorite is the middle ground for this spectrum, with it containing both sodium and calcium, as well as aluminum and silicon.

In comparison to other minerals, labradorite is quite unique due to its broad display of colors. This is caused by internal fractures in the mineral, which reflect light and disperse it to create an assortment of different colors. In fact, it is so unique that this effect was named after the gemstone itself—labradorescence.

It was first found in 1770 by missionaries on the Isle of Paul near Nain in Labrador, Canada. Since then, it has been found in other places across the globe. Labradorite has been found in Finland, Madagascar, Australia, and Russia. It very rarely occurs in the form of crystals and is more commonly found in large fragments.

As mentioned before, labradorite was not discovered until 1770, at least on a widespread scale. Well, before the missionaries discovered it in Canada, the Eskimo Inuit and the Native American Innu were very well aware of this unique gemstone. The Eskimo Inuit believed that the Aurora Borealis was imprisoned within the gemstone. When an Inuit warrior came upon the gemstone, he attempted to release the Northern Lights with his weapon, however, he was not able to release them all, giving us the light show we see now contained within the rock.

Depending on the area it is found in, the stone may exhibit different properties. There are three varieties of this gemstone: spectrolite, rainbow moonstone, and andesine-labradorite. The foremost is a rare form of the mineral that is only found in Finland. Rainbow moonstone is found in Madagascar and is also known as Madagascar moonstone. The latter of the three varieties is formed by making the colors of the stone more intense.

Uses and Benefits of Labradorite

Labradorite is not called the stone of magic for no reason at all. It is a stone that helps one activate their inner magical power. It can help one find the inner-self, allowing them to increase their awareness regarding their spirit, intuition, and ability to translate prophecy. Think of it as a link that allows one to connect with a higher sense of spirituality, transcending the corporeal world and breaking the shackles of time that often limit us to the present.

There has been much debate over where labradorite fits in the grand scheme of minerals due to its unique composition. As a result, determining its identity has been the crisis of many spiritual specialists. However, there are some known properties that the stone wields.

Re-ignite the Desire for Adventure

Often times, we find ourselves stuck in the grueling mechanism of routine. We all have responsibilities that weigh heavy on our shoulders, and in the process, we end up losing our desire for adventure due to the emotional stress that these responsibilities cause. This can stifle one’s creativity, blocking out new ideas as well as change. With labradorite, you can break this blockage and begin opening yourself again to new ideas and rekindle your imagination.

A Potent Tool for Shamans

Spiritually, it is a stone that can work wonders for those who have a strong desire to seek and acquire knowledge. It is a potent tool for shamans and others who leave the present to recall experiences from past lives. It protects one when their spirit is traveling and ensures that one stays grounded.

When it comes to one’s physical body, it is believed by some that labradorite can help with respiratory problems, aiding those who suffer from bronchitis or a cold. It can help with other functions of the body as well, including digestion and one’s metabolism. And lastly, it is said that it can help people lower their blood pressure.

Activating the 5th and 6th Chakras

Labradorite emanates primarily blue hues, which make it an ideal choice for activating the Throat (5th) and Third Eye (6th) Chakras. When used to activate the Throat Chakra, it allows one to break the dam that is hindering the flow of communication between the other Chakras. When this blockage is removed, not only does it allow for greater balance within the body, but it allows one to express themselves freely without restriction.

Labrodorite exhibits spiritual and magical properties which makes it a potent stone. If it is used to activate the Third Eye (6th) Chakra it allows you to perceive your true destiny, bringing in knowledge from the different planes and past lives, you can make greater sense of the present world. Its potency can be experienced when used in meditation on this Chakra.

The Protection Stone: The Meaning, History, and Uses of Black Tourmaline
Information About Quartzite Metamorphic Rocks
Elaborate Tips on How to Care for Lapis Lazuli Jewelry Properly