Tourmaline is often easy to recognize. Though it comes in a variety of different colours, its lengthy rigid edges and its weight set it apart from a number of other crystals.

Tourmaline comes in a swath of different colours. It’s often said that no two tourmaline stones share the exact same mixture of colours, and when you’re looking at the mixed hues of a chunk of tourmaline, this is pretty easy to believe.

Tourmaline is also interesting because it’s one of the few crystals that actually has some scientifically proven benefits. While most crystal benefits have been discerned through folklore and personal experience, tourmaline has been scientifically tested and is even used in some medical practices in Japan.

This is because tourmaline helps to emit negative ions and far infrared rays.

What Do Negative Ions and Far Infrared Rays Do?

Infrared radiation is an invisible type of energy. On the spectrum of visible light, red is the lowest frequency of colour that people can see. Infrared light is a form of electromagnetic radiation following the colour red.

Infrared rays, just like most other types of radiation, can penetrate human skin. This allows them to access and influence our tissues, muscles, and bones.

Negative ions have also been scientifically studied. They’re proven to have a powerful effect on our mental health.

Far infrared therapy is practiced in Japan, where people utilize their hands to generate infrared radiation for healing purposes. The fact that tourmaline produces these rays on its own suggests that it’s a powerful healing stone.

The waves produced by tourmaline are between 4 and 14 microns – a range which has been shown to help boost immunity and help to detoxify the body.

Other healing properties that tourmaline has been used for include improving physical and sexual prowess. For men, this would be at least partially due to tourmaline’s ability to improve circulation – this could help reduce problems like erectile dysfunction.

How to Use Tourmaline

Since tourmaline actually emits radiation, you’re going to want to keep it close to your body if you want to reap the benefits.

This is why it’s a good idea to purchase or make your own tourmaline jewelry. This allows you to carry it with you when you’re on the go.

Of course, large tourmaline crystals emit significantly more radiation and are a great choice to keep at home. These can be meditated with or held to the body to produce much more powerful effects.

Tourmaline is a powerful stone that has been used for thousands of years to help promote energy and aid the body with detoxification. Modern science has confirmed that tourmaline emits far infrared rays, which can produce significant effects in the human body.

Keeping a piece of tourmaline jewelry close to your body is a great way to experience all of these benefits. 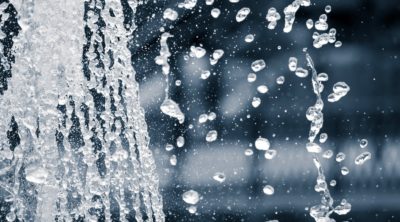