The Heart Stone: The Meaning, History, and Uses of Rose Quartz

Rose quartz is a heart stone with a beautiful pinkish hue. This article discusses the meaning, history and uses of the rose quartz.

Home / Healing / The Heart Stone: The Meaning, History, and Uses of Rose Quartz 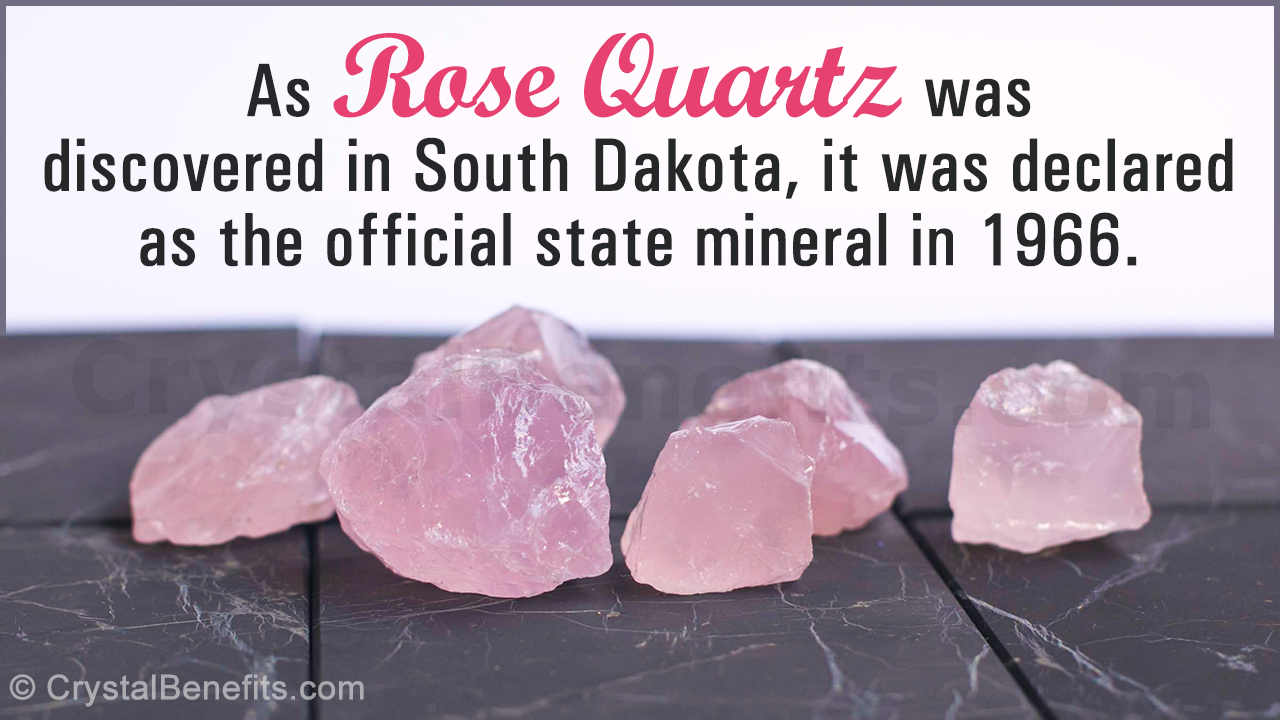 Rose quartz is a heart stone with a beautiful pinkish hue. This article discusses the meaning, history and uses of the rose quartz.

Prized for its beautiful pinkish hue, the rose quartz has been used throughout the history by the ancient civilizations in the form of talismans. It was believed that the stone contained healing powers as well as a way to prevent aging. It gets the first part of its name for its pinkish hue but the etymology of rose can be traced back to Latin rosa. It is believed that it evolved from Greek, which was influenced by Eastern languages. Rose has been used as a color name since the 1520s. The etymology of quartz can be traced back to the German words quarz and zwarc, which are believed to be influenced by West Slavic sources as seen in the Polish and Czech words for quartz—twardy and tvrdy. 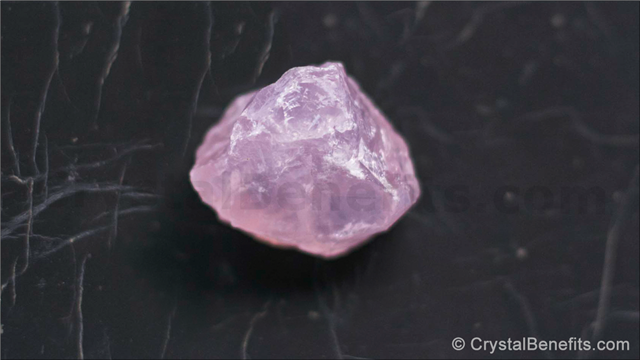 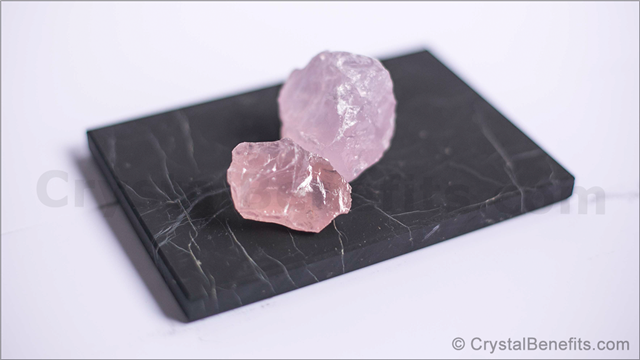 The Formation and Mining of Rose Quartz 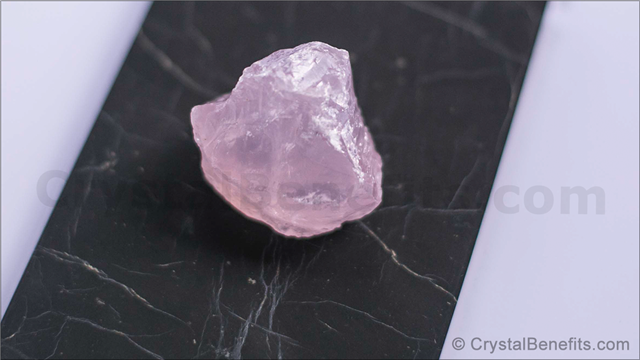 Rose quartz forms from the cooling magma. The masses of magma are called plutons; they move towards the surface as they are less dense than the surrounding rock. As the magma moves towards the surface it cools down and crystallizes. The fluid magma on the edge of the plutons tends to be rich in water, oxygen, silicon and other elements, and it squeezes into the fractures of the surrounding rock forming pegmatites. It is believed that the presence of titanium gives rose quartz its pinkish hue. 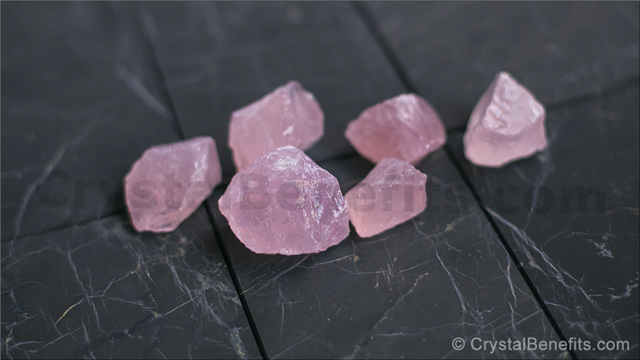 In 1966, rose quartz was designated the official state mineral of South Dakota. In the Black Hills, there are thousands of pegmatites, but only a small percentage is acceptable to mine, and even a smaller portion contains rose quartz. It has also been found Madagascar, South-Africa, Namibia, and Brazil. 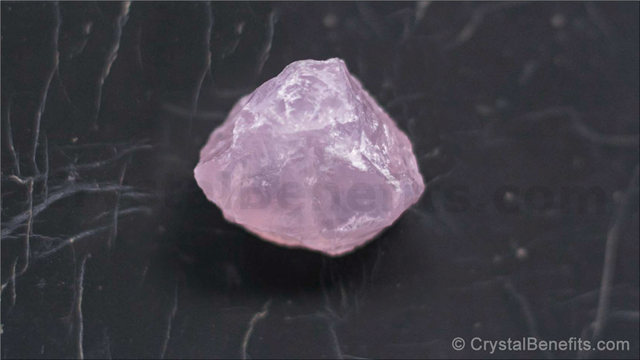 Sometimes rose quartz is found with asterism. Asterism is defined as a star-shaped feature of light that can be found on the surface of the mineral. If it is found on rose quartz, it is referred to as star rose quartz. This typically can only be identified once the rose quartz has been cut and polished. It is very hard, if not impossible, to see it otherwise. 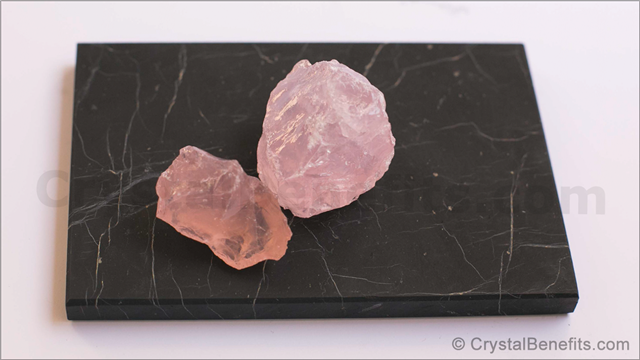 Rose quartz beads were found in the region that was once known as Mesopotamia, but today is known as Iraq. The beads dated back to the 7th Millennium BC. The Assyrians, Greeks, and Romans all made use of the stone in jewelry and talismans. It was used in art pieces as well as a means to manufacture seals, the latter of which occurred in Ancient Rome. 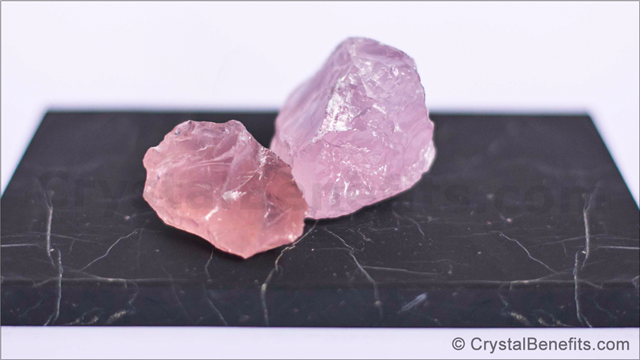 Many legends of the stone are found across different cultures. The Egyptian goddess Isis used the rose quartz to maintain her youthfulness and beauty. In a Greek legend, Aphrodite’s lover, Adonis, was attacked by Ares. Aphrodite came to his aid, and in the process, cut herself on a briar brush. Their blood mixed together, staining a white quartz. Thus Zeus took pity on them and returned Adonis to Aphrodite for 6 months every year.

Because of these legends it’s believed that rose quartz has healing properties, prevents one from aging, and that it’s a love stone.

Uses and Benefits of Rose Quartz 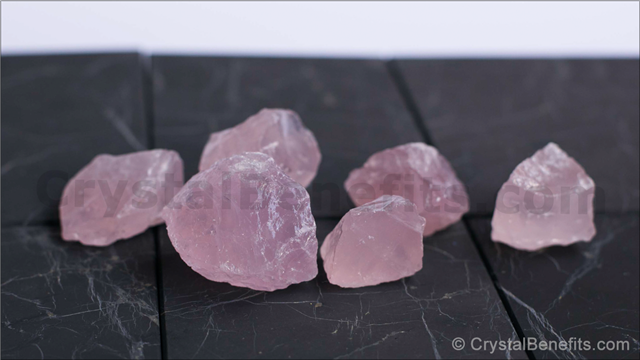 Rose Quartz has also been called the Love Stone. It gives off energy in the form of love and happiness, and facilitates the improvement of one’s emotional health. For those who are seeking true love, this is a stone that can be your most helpful companion in that endeavor. It can help you identify the best qualities in an individual and as well as learn the worst qualities in someone. 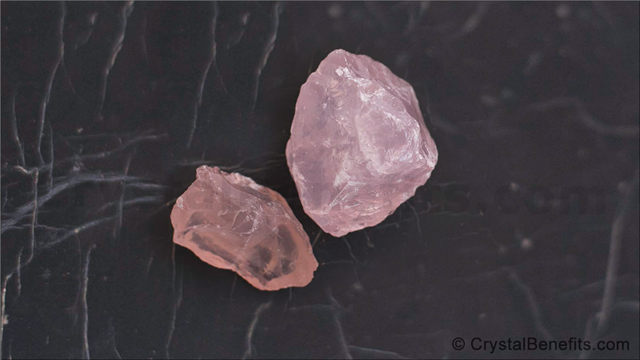 It is known to be a nurturing stone. It is particularly useful to those who lacked the kinship of a mother growing up, and allowing one to nurture themselves, and come to terms with the missing part of their childhood. Furthermore, it can also be used to promote the bond between a mother and her growing child during and after pregnancy. 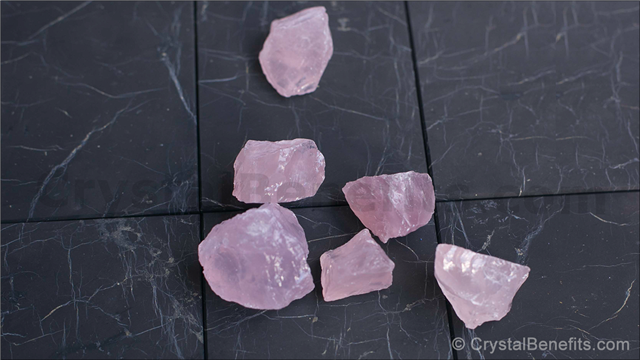 When it comes to your overall health, carrying around a small piece of rose quartz can help one overcome depression and ease the mind to defeat insomnia. It is also known to treat heart conditions as well as improve the circulation of blood throughout the body. Moreover, it can help improve one’s complexion and maintain the health of your skin. 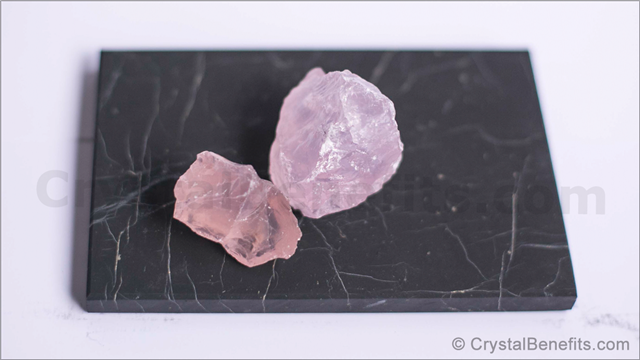 Rose quartz is the perfect stone for activating your Heart (4th) Chakra. It is located at the center of your chest just slightly above where your heart is. It is the center of inner peace, love, and overall joy in the body. It is an important stone for the Heart Chakra, allowing you to open yourself to the teachings of love. With the help of rose quartz, you can align all of the other chakras and finally reach a harmony that is so often difficult to achieve. 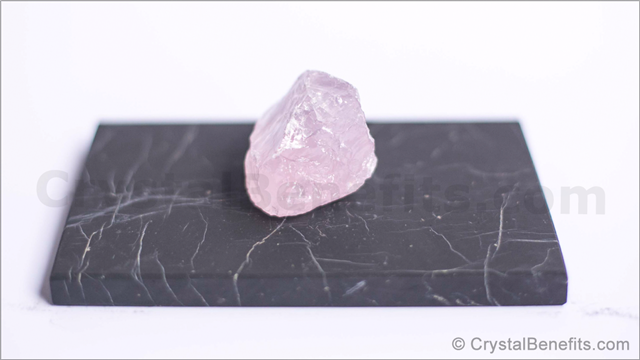