5 Characteristics of Tanzanite: A Rare and Fragile Gemstone

Home / General / 5 Characteristics of Tanzanite: A Rare and Fragile Gemstone

Tanzanite is a rich variety of the mineral zoisite which was first discovered in Tanzania, in Africa. Most of its appeal for gemstone enthusiasts lies in the fact that the stone is not found anywhere else in the world. It has a rich blue and purple hue and is one of the reasons why jewelry of this stone is becoming such a rage.

It is made of several hues of color and so is considered to be a three-color stone. For this reason, it should be inspected in different shades of light. As it resembles the sapphire, its most desirable color is a deep shade of blue with a slightly purplish hue around the edges. This color is difficult to obtain in smaller stones, and that’s why Tanzanite stones are difficult to match.

Also, these stones are very fragile, so if you are inspecting one, be sure to first clean the surface of the stone with a soft cloth. However, this stone usually has the least amount of inclusions compared to most gemstones. The two major flaws are cracks and dark spots that may be present within the stone. The cracks could especially become a serious problem, as they may eventually lead to breakage of the stone if subjected to any kind of vertical or horizontal stress.

Tanzanite is a stone that is difficult to cut as the crystalline structure of the stone resists fracturing when stress is applied. A trilliant cut is the most expensive type of cut, while a round cut comes a close second. The trilliant is a triangle shaped cut which has fifty-eight facets. Always examine the stone for its proportion and symmetry. It would be wiser to purchase a loose stone first so that it can be inspected from all directions and in different colors of light.

This stone is generally heat-treated to give it the characteristic blue color. It is very rare to find a blue stone that has not been heat-treated, as most are generally gray, brown, or bronze in color. There are very few stones that come close to the beautiful blue of a Tanzanite. One such well-known imitation is the lolite. This is less expensive and closely resembles the Tanzanite, but lolites are relatively lighter in color and appear to be almost colorless from the side.

The Tanzanite is one of the softest gems, as it has a hardness of less than 7 on the Mohs scale. It needs to be treated with extra care. Ultrasonic cleaning processes could irreparably damage the stone, and harsh chemicals can even discolor, scratch, or harm this beautiful gem. The setting should be protective, and thin prongs are not recommended because they offer the least security for the fragile edges of this gem. Also, the stone can be difficult to repair because it is susceptible to damage from torch heat and other regular repair processes. Always store Tanzanite jewelry separately from other pieces to avoid any rubbing, friction, and accidental damage.

There is a lot of flexibility when it comes to designing Tanzanite jewelry, as this stone can be combined with others to make a very interesting piece of jewelry. So, go out there and get that beautiful blue stone you’ve always dreamed of. 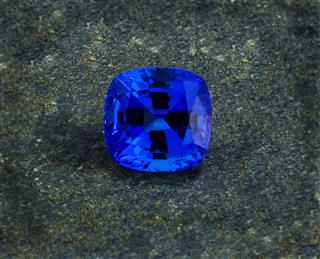 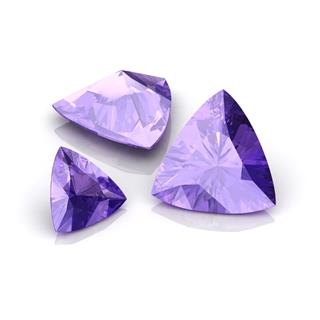 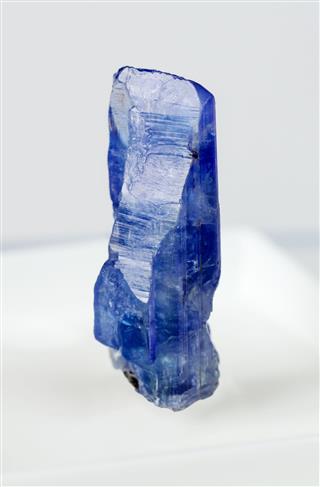