Looking for information on the uses of the mineral 'goethite'? The following article is meant for you. Get acquainted with some interesting goethite information, by dropping your anchor at the content that follows below.

Looking for information on the uses of the mineral ‘goethite’? The following article is meant for you. Get acquainted with some interesting goethite information, by dropping your anchor at the content that follows below.

Hydrated iron oxide, goethite, is a mineral located in soil and environment, that is low in temperature, and contributes to the main constituents of rust. With hardness ranging between 5.0 and 5.5 on the Mohs scale, its chemical formula is Fe3+O(OH) or HFeO2. Its color texture varies from yellowish brown to red, making it the source for pigments such as the yellow ocher. Known as a singular chain of lepidocrocite, its specific gravity lies somewhere between 3.3 and 4.3. It is created by the weathering of iron-rich materials. Moreover, it is also precipitated by groundwater. In the form of stalactitic formations, oolites, and concretions, it can be located all over the surface of the Earth.

Goethite was named after Johann Wolfgang von Goethe, a mineralogy enthusiast. It is one of the most stable iron oxides, thermodynamically, at ambient temperatures, and as a result, it is considered as either the first oxide to be created, or the end oxide for many changes. It is present in rocks by means of varied compartments of the ecosystem, and is in possession of a diaspore structure. It marks its worth by being used as an iron ore, and is often acknowledged as a brown iron ore, for the reason that it has significant use as a clay earth pigment.

Goethite, in itself, does not hold a status of a phenomenally beautiful mineral specimen, and hence, it is often brought to use in forming the backdrop for other minerals; vanadinite, for instance, is made a rather alluring mineral specimen with opalescent colors. Following is a list of its benefits and uses:

With the mention of some amazing facts about iron oxides, getting us acquainted with the varied goethite uses, it wouldn’t be wrong to conclude that goethite is one of the most prominent minerals on the face of the Earth. As astonishing as it may sound, it is because of its significant deposits, if not in abundance, that has provided strong proofs for the presence of water on the planet Mars. 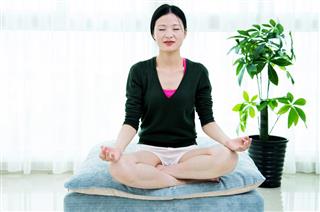 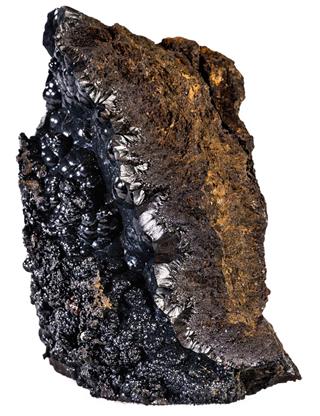 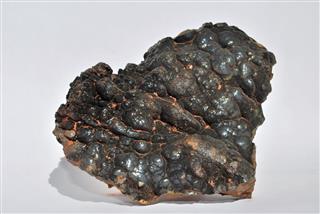