The Blood of Mother Earth: The Meaning, History, and Uses of Red Jasper

Known for its deep red hue, red jasper has been a stone praised and revered by many cultures across the centuries. This article talks about the meaning, history and the uses of Red Jasper.

Home / Focus / The Blood of Mother Earth: The Meaning, History, and Uses of Red Jasper 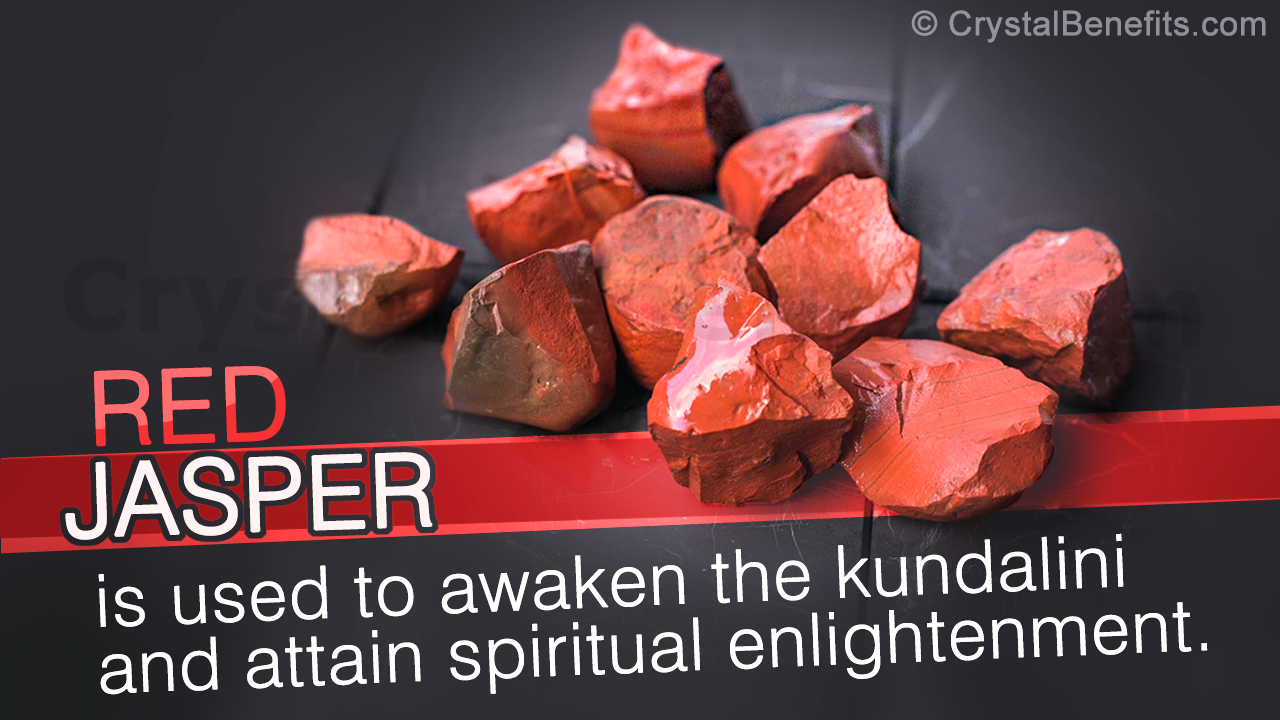 Known for its deep red hue, red jasper has been a stone praised and revered by many cultures across the centuries. This article talks about the meaning, history and the uses of Red Jasper.

The etymology of the word jasper can be traced back to the Old French word jaspre, to Latin iaspidem, and Greek iaspis for jasper. It is believed that the Greek word is actually a loan word from Hebrew yashpeh or Akkadian yashupu. Jasper simply denoted any bright-colored chalcedony other than carnelian.

The Formation and Mining of Red Jasper 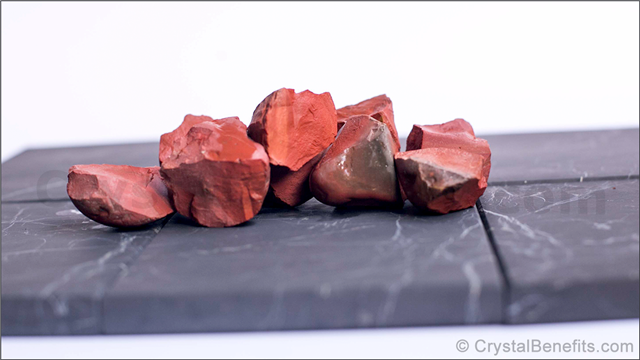 Jasper in general is typically found in cracks and veins in volcanic rocks along with other chalcedony and agate. It forms from an aqueous solution much like other stones in quartz family. However, red jasper has higher concentrations of iron, hence its reddish hue.

Though part of chalcedony family, what makes Jasper different is its opacity. Typical microcrystalline quartz in its pure form is semitransparent. What can make it less transparent is the presence of impurities. 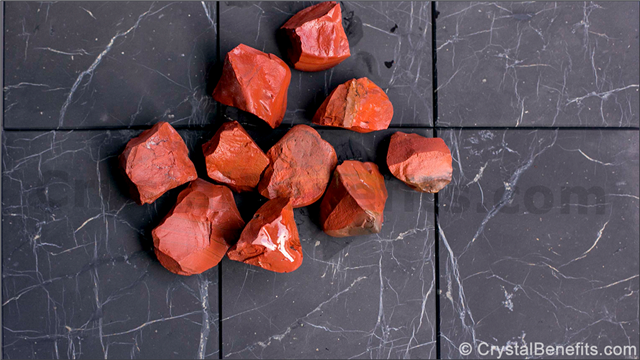 Quartz is one of the most abundant individual minerals making up 12% of the Earth’s crust. As a result, jasper can be found worldwide, and there are many different forms of jasper. It can be found in Western United States in Wyoming, California, Oregon, Idaho, Utah, and Washington. It can also be found in India, Russia, and in Egypt. 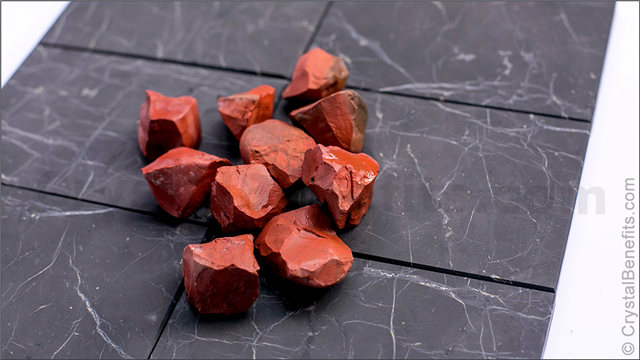 Red jasper was revered by ancient civilizations who believed that it provided spiritual and physical protection. It was often associated with healing as well as inspiring courage, which made it a favored gemstone for warriors. In the Old Norse Legend of Siegfried, the dragon slayer, his magical sword, known as Balmung, Nothung, and Gramr in Old Norse, had a jasper stone in its hilt.

The ancient Egyptians often find themselves in the conversation when discussing the history of gemstones. They too revered the red jasper for they associated it with the blood of mother Isis, one of the most worshiped deities in the first millennium BCE. The gemstone was often carved into amulets that were placed on the necks of the deceased.

When determining what stones would have been used during the time of Exodus, it is believed that instead of Ruby, the first stone put into High Priest Aaron’s Breastplate, it was most likely red jasper. 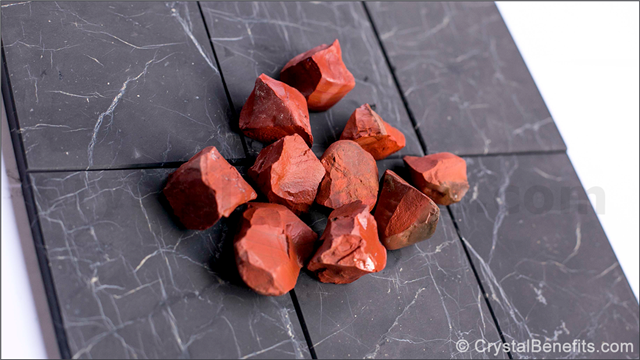 Its nickname, the Blood of Mother Earth, comes from the Native Americans. They believed that red jasper was representative of the Earth Mother’s blood, and was used to facilitate rebirth and the manifestation of new ideas. Moreover, it was used as a way to increase one’s sensitivity with the Earth, particularly when trying to call upon the rain.

Uses and Benefits of Red Jasper 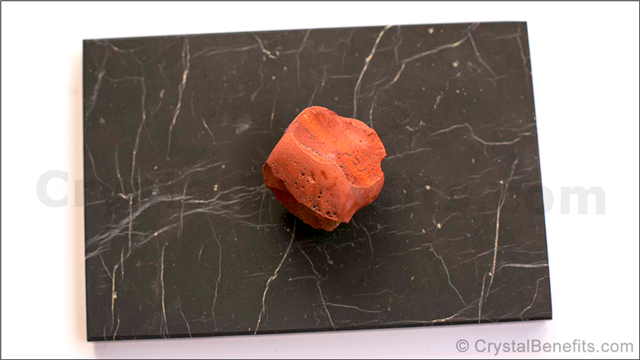 Red jasper is known to help ease stress and keep one grounded to the Earth. For anxiety relief, it is a great rubbing stone that can help calm one’s nerves. As such, it can help an individual get back to a normal balance with their body.

Due to its ability to keep one grounded, it’s a perfect choice for meditation. It allows the user to clear their mind, and focus all of their energy on the prayers and thoughts. It is particularly helpful during long ceremonies or mediation sessions, increasing the endurance of the user to propel them through the entire exercise.

Conveyor of Passion and Love 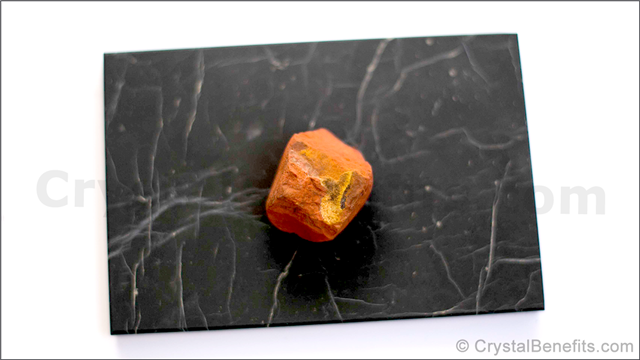 The stone is also a strong conveyor of passion and love. It promotes control and a peaceful center to stave of sexual aggressiveness. In this sense, it can help one overcome jealously related to love. Moreover, it helps promote sexual compatibility between individuals.

Red jasper is an ideal choice for activating the Root (1st) Chakra. It keeps one grounded during spiritual awakenings and travel. When placed at the base, it stimulates the transfer of energy up the spine. It helps stave off the feelings of lethargy and low energy that one feels when your body is physical out of balance. 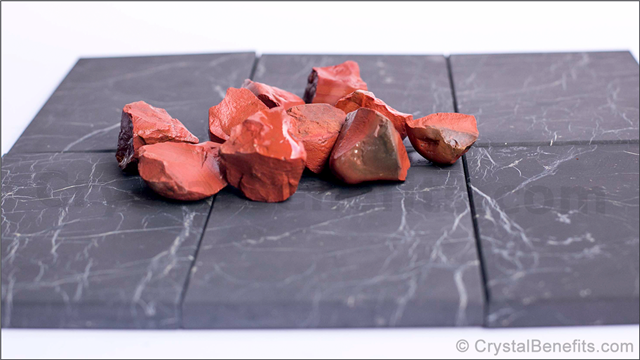 Be prepared for the stone to also facilitate and stimulate the raising of the kundalini serpent which rests at the base of the spine. The practice of awakening the kundalini spirit can create an immense sensation energy and sexuality. As this energy rises, it will allow you to experience a spiritual enlightenment, though with red jasper, you don’t have to worry about losing your grounding as you complete this practice.