A Captivating Insight Into the Benefits of the Pukhraj Stone

There are several benefits of precious stones, believed to possess spiritual significance. The pukhraj (yellow sapphire) is one such gemstone which is believed to bring about mental and physical harmony for the wearer.

There are several benefits of precious stones, believed to possess spiritual significance. The pukhraj (yellow sapphire) is one such gemstone which is believed to bring about mental and physical harmony for the wearer.

The pukhraj stone (yellow sapphire) is often considered to be one of the safest stones to wear without the threat of any ill-effects. A member of the corundum family, the pukhraj stone is a twin of the ruby (Manik) and blue sapphire (Neelam).

The yellow sapphire is found in yellow, golden, and orange shades as well, and there is also a colorless variety known as the white sapphire. The best of the lot is said to be the lemon-yellow kind, that is, the yellow sapphire. It gets its yellow color because of the presence of the trace element iron. Often, a pukhraj stone is heated to enhance its yellow color, but in its unheated and untreated form, it is a class apart, and commands a very high price.

Historically, the pukhraj originated in the Himalayan region of the Indian subcontinent. When its commercial manufacturing started, the pukhraj originated mainly from ores near Kashmir in India and Ceylon (present day Sri Lanka). As the demand and popularity of the stone increased, gem manufacturers starting discovering more sources. Alongside India and Sri Lanka, Australia, Cambodia, Thailand, and Brazil are also major sources of this stone.

What are the effects of wearing a pukhraj? There are positive and negative effects that are noted. Although the positives far outweigh the negatives, and the negatives are barely harmful in any way. Here’s a lowdown on the benefits of the pukhraj stone.

One of the major benefits of wearing a pukhraj stone is that it positively affects the globus pallidus (sub-cortical structure of the brain), which is responsible for controlling voluntary movements. It acts as a teacher and represents virtues of knowledge, wisdom, truth, education, the future, and philosophy. Since a guru is associated with the ultimate balance of one’s outer and inner being, wearing a yellow sapphire helps in managing complex activities, and monitoring all actions.

This stone is said to be ruled by Jupiter, the largest planet in the solar system. Hence, it is often called the most effective and powerful gem of them all. Jupiter rules the north-east and largely influences the cosmic events on Thursdays. Hence, Thursday is known to be Jupiter’s day, according to Vedic traditions. Sanskrit, the language in which most Vedic scripts and verses are written, refers to Thursday as Brihaspativar. Brihaspati is the Sanskrit name for Jupiter. Hence, Thursday is named after Jupiter.

The position of Jupiter, unlike Saturn or Mars, is always favorable. It helps an individual develop intellectually, religiously, and spiritually. According to ancient texts, a combination of maturity in these three aspects results in the financial and social development of the individual. This helps in the development of a personality which strikes a positive influence on people and nature around him.

The negative effects of Jupiter don’t wreck much havoc in the concerned individual’s life – personally, professionally, or socially, but to nullify it, which this very stone is capable of.

The pukhraj, since ancient times, has been cited as a gem to be worn by females, to help reduce marital troubles. It also helps in matters related to fertility for both men and women, and brings about balance and peace within marriages. It is also thought to bring mental peace, order, health, wisdom, longevity, fame, and respect, for those who wear them. It additionally improves family bonding and increases love among friends, relatives, and acquaintances.

Individuals working in intellectual fields like law, medicine, engineering, etc., are often recommended by astrologers to wear a pukhraj, for growth in their careers. Wearing this stone brings economic prosperity, success, and profit in businesses. In the education field, it positively affects study patterns, especially for those who pursue studies in creative fields like arts and literature.

The pukhraj is known to be highly beneficial for people suffering from fever, kidney problems, cough, arthritis, insomnia, rheumatism, and ulcers.

Pisces and Sagittarius are the zodiac signs associated with a pukhraj stone. Pukhraj should always be studded in a gold ring and worn on a Thursday during the Shukla Paksha or waxing moon cycle, in the presence of Pushya Nakshatra (Cancer Lunar Mansion). The ring should be worn on the index or middle finger of the right hand. However, any blemish – a dent, fracture or even a minor fading of color, may result in the stone proving inimical to the concerned individual’s life.

The sapphire is the most durable gemstone. It can be cleaned with warm water, a soft brush, and detergent. Also, unlike many other gemstones, ultrasonic or steam cleaners do not harm the pukhraj.

While it is believed that a yellow sapphire brings prosperity, good luck, health, name and fame to the wearer, scientifically, it hasn’t been proved that wearing stones proves beneficial to an individual. Although, the bottom line is, it’s a matter of faith. So, if you wear these stones, remember that you have to carry them with poise and confidence. Wearing any gemstone will prove beneficial only if its coupled with hard work and the desire to excel. 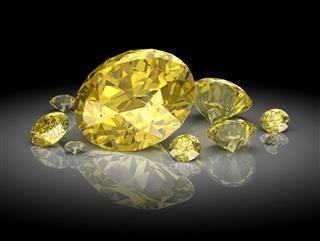 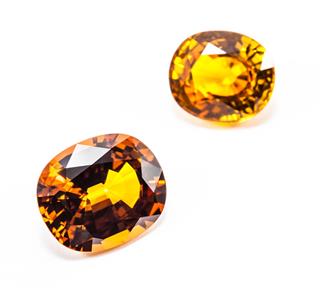 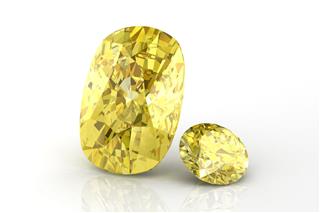