Obsidian resembles the structure of glass, and is formed as a result of rapid cooling of silica-rich lava. Classified as an igneous rock, it is used in making surgical blades, gemstones, ornamental applications, and crystal healing.

Obsidian resembles the structure of glass, and is formed as a result of rapid cooling of silica-rich lava. Classified as an igneous rock, it is used in making surgical blades, gemstones, ornamental applications, and crystal healing.

Obsidian is a type of extrusive igneous rock, and is formed after rapid solidification of lava that is rich in silicate minerals. Chemically, it comprises silicon dioxide as one of the primary constituents, with several other impurities. According to its chemical composition, the color and texture of this rock differs within its own subtypes. For example, presence of magnesium and iron imparts blackish or greenish specks in this rock.

Evidences have been found from archaeological studies, regarding usage of obsidian as weapons and cutting tools in ancient times. This rock resembles a smoky quartz by its color and appearance. However, there are some key points that characterize both these types of igneous rocks. A notable difference is the alteration or absence of crystal properties in obsidian, which are also prominent in quartz. Also, the color distribution in obsidian is more than that of smoky quartz.

The texture of this rock resembles glass. Classified under amorphous rocks, its hardness is much less than that of quartz. In comparison to igneous rocks like pumice, obsidian is devoid of large voids and pores. Major identifying attributes include lack of crystal faces, distinctive flow bubbles, conchoidal fracture, etc.

As silicate-rich magma extrudes from inside the earth’s crust, it falls over the water bodies or other surfaces that are in contact with water. As a result, the lava gets cooled and consolidated instantly without any crystallization. Hence, obsidian cannot be classified under any crystal system.

Air bubbles that are imparted in the course of magma flow, are aligned in a regular pattern in some obsidian types. Sheen obsidian has golden effects, while rainbow obsidian possesses characteristic rainbow luster. Another common black type is snowflake obsidian, having inclusions of small white crystals.

Due to their attractive glassy texture, it is used as type of semiprecious stones. Also, it is kept as decorative specimens, especially after designs are carved over its surface. It are also used in the manufacturing of surgical blades. Unlike steel and metallic blades, the cutting edge of an obsidian blade is even throughout its length, thus giving smooth cuts.

In recent times, this igneous rock has become popular in crystal healing. Its helps to promote the physical well-being, digestive health, and circulatory system of an individual. As per crystal therapists, obsidian rocks serve as protective stones, thereby absorbing negative energies and transforming them. It should be employed only under the guidance of a crystal expert.

A pure obsidian rock is translucent and dark in color. The texture and chemistry of these rocks define them as mineraloids, but not actually a mineral. Speaking about their occurrence, they are mainly found in parts of United states, Canada, Mexico, Argentina, Italy, Kenya, Greece, and Iceland. 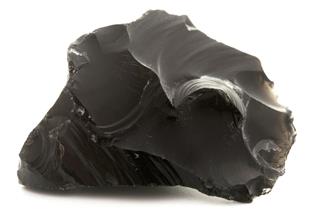 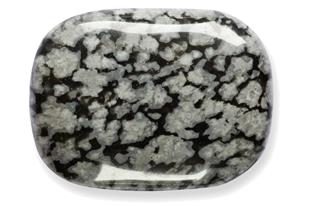 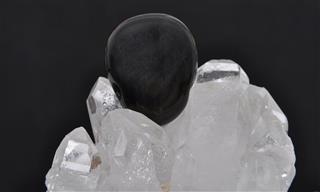