Turquoise is a commonly used stone in jewelry. For some, it is just a piece of jewelry; while for others, it's associated with spiritual and physical health.

Turquoise is a commonly used stone in jewelry. For some, it is just a piece of jewelry; while for others, it’s associated with spiritual and physical health.

Turquoise is one of the oldest gemstones used in protection amulets. Also, there are many healing properties attached to this stone. Its color is a mix of blue and green, and it also has a feminine feel to it. It also has darker shades of teal, which add lively sophistication. This in-between color symbolizes water, and hence, it is also called aqua or aquamarine. Since it is a perfect blend of blue and green, it has a calming effect of both colors.

The name “turquoise” is derived from the old French word pierre Turquoise, which means “stone of Turkey”. It was from Turkey that the stone first arrived in Europe, through the trade routes. Due to its origins around Turkey, it is closely associated with the Middle East. The meaning as well as color of this stone differs a lot in different cultures.

Turquoise is said to be the stone of wisdom and spiritual journeys. The corresponding astrological sign of this stone is Sagittarius. It is said to belong to the 5th chakra, i.e., the throat chakra, and vibrates well to numbers 4, 6, and 7. The common meanings of turquoise gemstone are that of strength, protection from harm, psychic sensitivity, and last but certainly not the least, connection to the world of spirits.

In Asia, it is said to be a talisman which protects one from the evil eye. For the Tibetan and Chinese, turquoise means circle of life from birth to death. This can be attributed to the fact that when this stone has not been treated, it often changes color. Hence, you will come across turquoise in the Tibetan and Chinese jewelry. In the South-East Asia, this stone is said to provide protection to horses and their riders.

In Persia, this stone is known as Ferozah, which stands for “victorious”.In Persia, this gemstone was worn in the middle with pearls around it, as it was believed to focus the mind in prayer, and many times it was also used to wish upon.

Native Americans thought that turquoise would let the dead rest in peace, so it was used to make carvings, usually of animals, which were then placed into graves and tombs. The reasoning used was that the color of the earth is green and blue is the color of the heavenly sky, and the amalgamation of both the colors would attract good spirits. Native Americans would attach these stones to their bows, as they believed that it aided them in shooting at their targets accurately.

A ring made of silver and turquoise is traditionally given to brides in Russia, as it is said to bring peace and good health to the woman, as well as prosperity to the man. It is also a truth stone, and it symbolizes a time to be honest to oneself. A lot can be gained when the person becomes still and is able to see himself as he truly is. The stone is a reminder to share your vision and also walk your talk so that people are inspired from your words and actions, and believe and follow you.

According to some beliefs, it is also a stone of self-realization, which helps understand oneself better and also connects well with the ideas and emotions. For people who believe in self realization, it is said to align all the chakras and create a clear channel for nurturing and creating positive energy.

Turquoise is a person stone and does not remain aloof from its owner, hence it is known to forge a deep and distinct connection with the wearer. If you are wearing one, it is recommended that you take care of the stone. When turquoise comes in contact with bodily oils for an extended period of time, it turns green. Hence, the meaning of green turquoise is not different than that of a blue-green one. 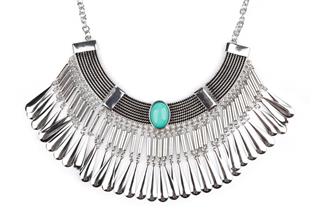 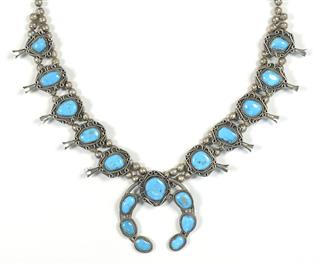 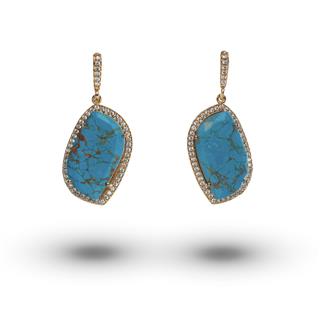