Properties and Meaning of the Mesmerizing Tiger’s Eye Stone

Tiger's eye is a beautiful stone with its mesmerizing shine and color. It is popular as a protective stone, and considered to have a soothing effect on the mind. This CrystalBenefits article tells you about the properties and meaning of this stone. 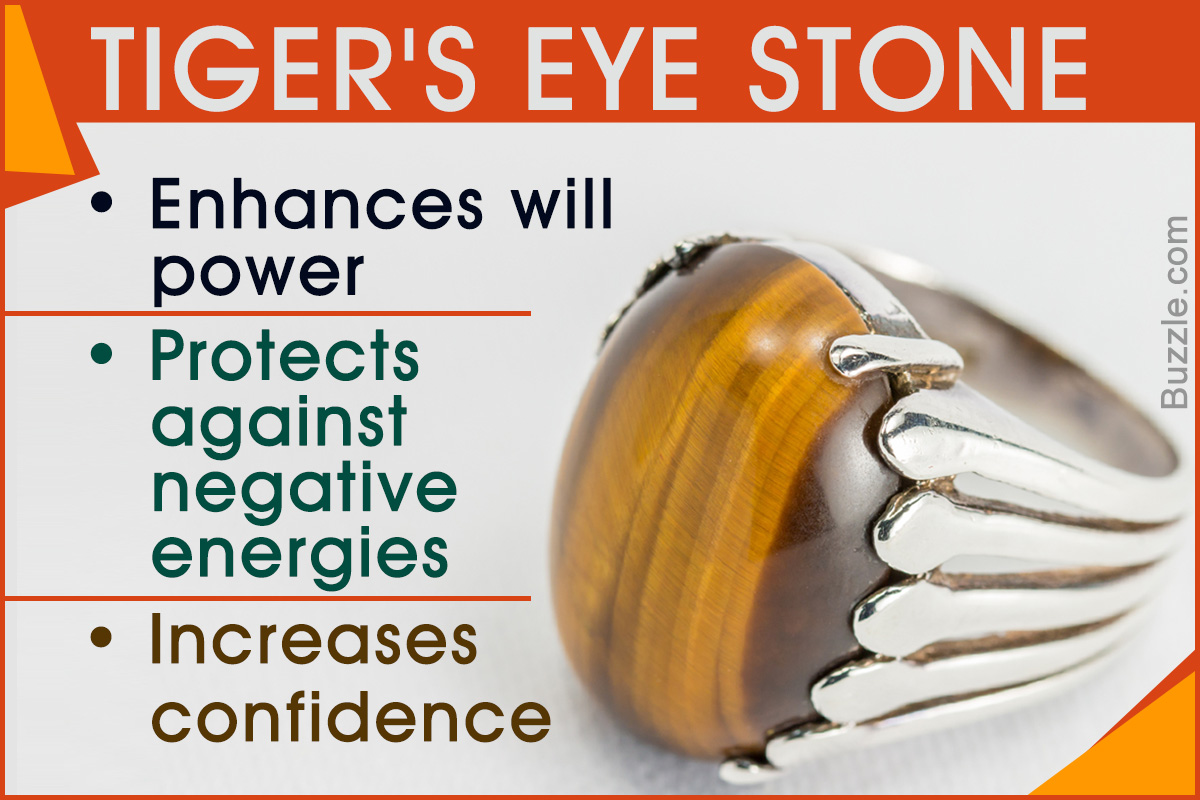 Tiger’s eye is a beautiful stone with its mesmerizing shine and color. It is popular as a protective stone, and considered to have a soothing effect on the mind. This CrystalBenefits article tells you about the properties and meaning of this stone.

Tiger’s eye is affordable and durable. It is a hard stone that is resistant to scratches.

Tiger’s eye is a chatoyant semi-precious stone, that is, it changes color in different lights and angles. It is a variety of quartz (silicon dioxide). It also has asbestos fibers which reflect light, thus making it chatoyant. It is rich gold in color, with earthy brown stripes on it, and has a glow. It resembles a tiger’s eye due to its changing colors and shiny luster, and hence the name.

It is popular as a protective stone since ancient times. Roman soldiers used to wear tiger’s eye for clarity during war, and as a protection from the evil.

❖ Tiger’s eye is said to help soothe one’s mind, control temper, and help him concentrate better.
❖ It is believed to protect against negative energies, and increase will power.
❖ It increases confidence, and gives a positive outlook towards life.
❖ It brings luck and prosperity.
❖ Wearing a tiger’s eye or carrying one in your wallet is believed to bring monetary gains.
❖ It energizes the Solar Plexus Chakra, and helps increase energy levels.
❖ It is believed to give the wearer, the power to handle a difficult physical or emotional situation.
❖ It is said to increase creativity, and increase one’s motivation levels.
❖ It is believed to balance the yin and yang. Meditation beads are made of tiger’s eye due to this calming effect of the stone.
❖ It is widely used in jewelry (bracelets or pendants). Even carrying this stone is considered to be beneficial.

Tiger’s eye is mostly yellowish brown in color, but it can be red or blue as well. In fact, multicolored ones are also found. These are popularly used in jewelry and other ornaments.

❖ It is also known as Hawk’s eye.
❖ When the iron content is low, tiger’s eye gets a bluish color.
❖ The blue stone is associated with the upper chakra (throat chakra).
❖ It helps improve one’s communication skills.
❖ It is said to protect against negative energies, and bring good luck to the wearer.

❖ It is also known as Dragon’s eye.
❖ It is a very grounding stone, that increases integrity and willpower.
❖ It is said to bring good luck, and give strength in difficult times.

❖ It is made from tiger’s eye stone, red jasper, and black hematite.
❖ It is said to stimulate physical vitality as it is a powerful lower chakra stone.
❖ It is considered to aid in the red and white blood cell production, and strengthen muscles.
❖ It is not as popular as tiger’s eye, but nevertheless is a beautiful stone that is used in jewelry.

Although gemstones are said to have physical and metaphysical benefits, there is less scientific base to the proposition. While some do experience the positive effects of using these stones and choose to believe in their powers, others disregard it as pseudoscience.