Healing Properties of Labradorite That Will Change Your Life

Home / Detox / Healing Properties of Labradorite That Will Change Your Life 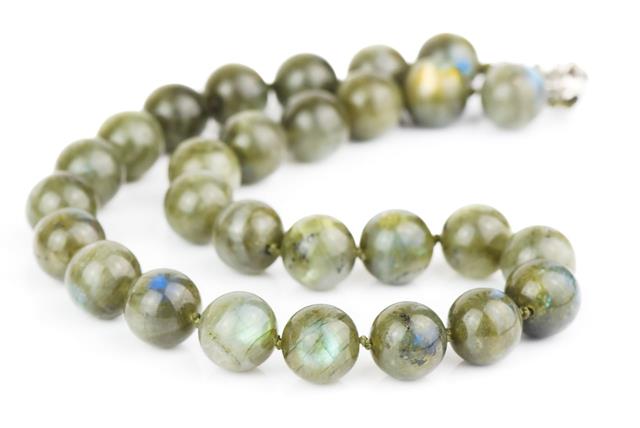 A man is like a bit of labradorite spar, which has no luster as you turn it in your hand until you come to a particular angle; then it shows deep and beautiful colors. ~ Ralph Waldo Emerson

Labradorite is a mystic stone of transformation and magic. Using this stone when you are down or your energy has drained will help you to revive and restore it back. It is member of the feldspar family, and is particularly treasured around the world for its remarkable color. It is an iridescent stone that flashes peacock blue, gold, pale green, and copper hues. It was first discovered by Moravian missionaries in 1770 in Labrador, Canada, and was named after the place. Due to its unique and vibrant colors, and many physical and psychological benefits, it is a popular choice for jewelry. Not only does it help in banishing fear and insecurities, but it also helps in strengthening one’s resolve. Its most important metaphysical property is perhaps that it helps to dispel the negative energy around you. Here are a list of benefits of labradorite.

If you want to reap the benefits of labradorite then you will have to carry it in the form of touchstone or jewelry. If the surface of the stone becomes cloudy, it should be dipped in the mineral water and then placed in the sun. This will regenerate its properties.

Many people believe that labradorite has strong healing energy, which helps in the treatment of numerous physical problems. Here is a list of problems it is believed to treat.

❖ It is recommended for people who get angry at the drop of the hat as it is believed to have a calming effect.

❖ It is believed to improve intuition with the timing of things.

❖ It also ameliorates the person’s views and objectives.

❖ In its elixir form, it helps to clear negativity and boost well-being.

❖ It is said to heal anxiety and stress in a person.

❖It also considered helpful in treating depression and hopelessness.

❖It is helpful in treating anti-social, reckless, and impulsive behavior.

❖It brings forgotten memories to the mind and facilitates an explanation.

❖It brings intuitive wisdom and takes away illusion.

❖ It assists in reaching out to your guardian angel or spirit guide.

❖ It helps the bearer to get an insight in his destiny and give the right judgment.

❖ It enhances the qualities of intuition, especially during times of conflict and change.

❖ It clears, balances, and protects the aura.

❖ It attracts success to the bearer.

❖ It has the powers to prevent leakage of energy.

❖ It can also deflect unwanted energies that are present in the aura.

❖ It helps one to keep calm and maintain a balance in life.

❖ It also helps the person to understand the destiny that he or she has chosen.

❖ It helps in dream recall and using dreams in daily life.

❖ It is attributed as a gemstone of adventure.

❖ As it symbolizes the Moon, it helps in marching through the cycles of progression.

❖ It also helps you to cooperate with others in harmony.

❖ It infuses inspiration, enthusiasm, and self-confidence in the wearer.

❖ It is a power stone and can strengthen your will, inner-worth, and self-confidence.

❖ It will also harden your resolve, purpose, and perseverance.

❖ It helps to protect you against jealousy.

Labradorite is also highly recommended for energizing the imagination and generating creative ideas. It works well for the 2nd (sacral/navel chakra), and the chakra related to hands. It has a considerably stronger effect on the 5th (throat chakra), 6th (third eye/brow chakra), and 7th (crown chakra). However, if you are planning to wear spectrolite, a rare variety of labradorite feldspar, be aware that it has a completely different and intense vibration. It may bring both pleasant and unpleasant ideas to your head as per your spiritual preparation.