Discover the Hidden Healing Properties of the Garnet Gemstone

Not to be confused with rubies, garnets have enjoyed a place of importance ever since the ancient times. They have been adorned as gemstones and revered for their subliminal healing properties. CrystalBenefits explores the metaphysical properties of garnet, the January gemstone.

Not to be confused with rubies, garnets have enjoyed a place of importance ever since the ancient times. They have been adorned as gemstones and revered for their subliminal healing properties. CrystalBenefits explores the metaphysical properties of garnet, the January gemstone.

Always thought garnets were red, didn’t you? Well, there are certain types of garnets, which are violet red (almandine), yellow (spessartite), white or yellow-green (grossular), and colorless or brown-black (andradite). There’s even a rare green garnet belonging to the andradite group.

Garnets have had the reputation of being a warrior’s stone, with soldiers carrying it as a talisman, which protected them from physical harm. There have been instances of the ancient Egyptians, Greeks, and Romans having made use of garnets in their jewelry.

Garnets are considered to be powerful and energizing crystals, known to lend a sense of vitality to the user.

Thus, its role in aiding your love life and sex drive cannot be undermined. Traditionally hailed as a warrior’s stone, the garnet can also uplift the spirit, encouraging a more action-oriented approach.

It activates the survival instinct, making you battle ready in the face of challenges.

To some, it aids in freeing the inhibitions and making them more proactive.

It helps you become more perceptive towards yourself and others as well.

Meditating with the garnet is known to aid in recalling past life experiences according to some.

It is used by healers to alleviate depression, since it helps in boosting vitality and experience a sense of self-confidence.

Garnets have been observed to be quite useful to those who may be suffering from a lull in business, opening up new avenues and opportunities.

It eases out feelings of melancholy and helps keep negativity and negative feelings at bay.

Use of Garnets in Physical Healing

As a red stone, garnet is believed to assist in curing hemorrhages and inflammatory diseases as well.

Also as a red stone, the garnet was traditionally used to treat diseases related to blood and promote production of hemoglobin.

It stimulates metabolism, helps in treating cellular and spinal disorders, and assists in blood purification.

It helps in maintaining a healthy reproductive system. Garnets are associated with the thyroid and spleen.

When held over these organs, the garnet helps in cleansing and purification of these organs.

Types of Garnets and Their Healing Properties

The presence of chromium lends the characteristic green color to tsavorite. It brings about a sense of calm, stimulating the immune system, pituitary, and thyroid glands. Additionally, it also stimulates the flow of energy in the body.

This is the reddest of all red garnets you will find. It promotes a general feeling of well-being and happiness. It also makes the user more charismatic and full of life. It is known to stimulate the creative senses.

You may find an andradite in hues of yellow, green, maroon, to even a deep purple, to black. A dynamic stone, it helps clear the senses and fine tunes the psychic abilities. It helps alleviate feelings of isolation and loneliness.

The rose-tinted rhodolite aids sexual well-being and helps overcome frigidity. It also stimulates metabolism and is helpful in treating ailments of the heart and lungs. It is also known to promote productivity.

Hessonite’s orange-brown color comes from manganese and iron deposits. It is beneficial to those looking to hone their psychic and intuitive abilities. It also aids in regulating hormone production and infertility.

Making use of gems as tools of healing may not find favor with everyone. However, believers of this therapy are sure to benefit from garnets, considered by some to be the stone of Archangel Raphael who helps those in need of healing from ailments. 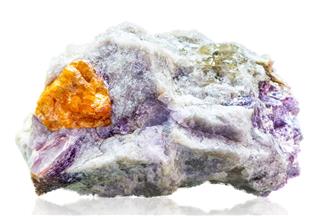 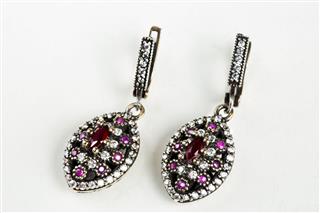 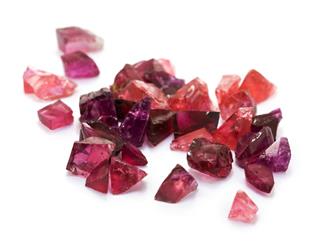 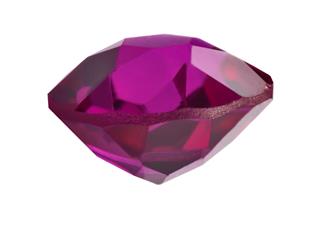