20 Truly Marvelous and Popular Green Gemstones to Choose From

Think green gemstone, and you're hard pressed to say 'emeralds', but that's barely scratching the surface. There are several options regarding shades and budgets out there when it comes to creating green gemstone jewelry.

Think green gemstone, and you’re hard pressed to say ’emeralds’, but that’s barely scratching the surface. There are several options regarding shades and budgets out there when it comes to creating green gemstone jewelry. 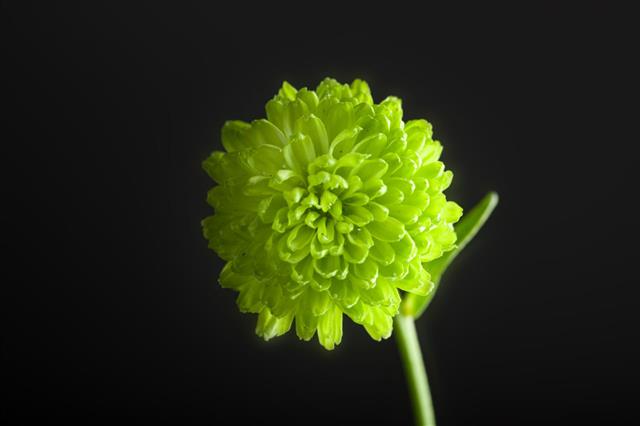 Green color symbolizes growth, peace, and harmony. It is the color associated with spring, and stands for fertility and renewal. 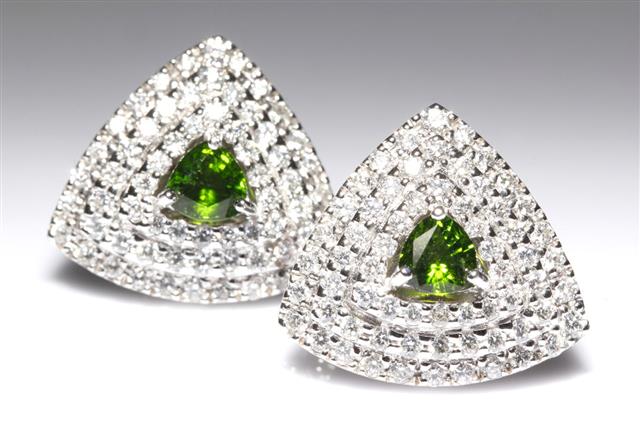 Green gemstones have been associated with royalty since ancient times. Maharajas of India had a liking for emeralds, while the tsar of Russia, Alexander II had a green gemstone on his name as Alexandrite. 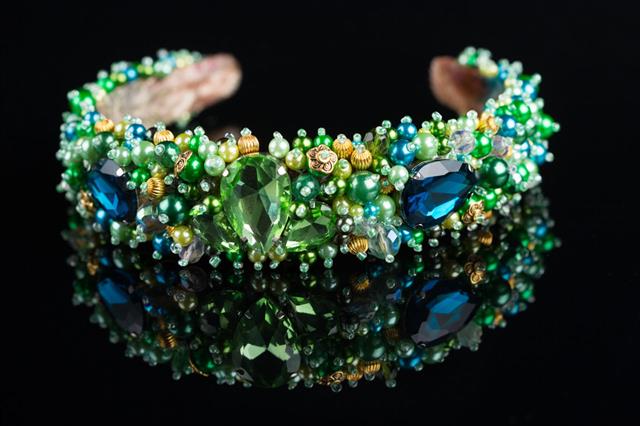 Green gemstones have also caught the fancy of commoners, and while we can’t really dream of getting our hands on the biggies, there are few affordable pieces in the green spectrum. So, make good use of this list to learn about the various green precious stones and pick one for yourself.

Amazonite gets its name from the Amazon River in Brazil. It was popular in pre-Columbian South and Central America, where it was used as a gemstone. These take a gorgeous blue-green hue, and are widely used to calm irrational mind and instill peace.

Kornerupine is a rare gemstone found in various colors; green and blue even rarer. As a result, this is mostly viewed as a collectors’ piece, rather than jewelry. It is known to bring peace of mind, create positive energy, and encourage clear thinking.

Fluorite is an interesting gemstone, as one can often spot more than one color in a single piece. Green fluorite, in particular, is used while meditation to improve intuitive abilities, and cleanse the aura of negative energies.

Green Apatite may be green, yellow-green, or sea-green tinged with blue. It is used to clear misunderstandings, apathy or negativity. Apatite also stimulates the intellect to expand knowledge and truth, which may be used for personal growth.

As one of the more well-known green gemstones, jade is a popular fix in jewelry making. Since ages now, a jade butterfly is understood to be the symbol of true love, in fact, it has always been worn to attract love and draw positive vibes towards oneself.

Peridots have been called sacred stones in ancient texts including Bible. Napoleon is said to have gifted peridot to Josephine as a sign of eternal love and admiration. It is mostly used in jewelry.

This multi-hued stone has been named after James Smithsonian, the benefactor behind the Smithsonian Institution in Washington. D.C. This stone isn’t suited for jewelry making owing to its brittleness, but is coveted by collectors.

A green obsidian is relatively rare, its most commonly found variant is black. It is mostly found in areas that have undergone volcanic activity. Obsidian is used by many to help block negativity and depressive feelings.

Green Sapphire gets its color from the iron in its formation, and ranges from pale to deep rich green, or blue-green. Though green is a rare color for sapphire, it has only recently begun to gain ground as a very popular gemstone in jewelry making.

Green Aventurine is described as the “Stone of Opportunity,” and is considered luckiest of all crystals. It brings optimism and zest for life, letting the wearer have confidence and accept change.

It has been used in jewelry since Egyptian civilization. It was believed that the stone would ward off evil eye, and was used to make amulets. It is worn to protect the wearer from accidents and protect travelers.

Diamonds have always been precious, and are the most popular gem in the world. They are colorless in most cases, which makes the occasional colored find even more coveted. Green diamonds are rare and very costly.

Alexandrite gets its name from Alexander II, the tsar of Russia. The remarkable feature is its ability to change color. It appears green, bluish-green in day and soft shade of red, purplish-or raspberry red in incandescent light.

Emerald is the primary green stone, found in various shades. It has been used in ancient cultures for healing properties. They were worn for good fortune, and a favored gemstone of the royals in ancient India.

Topaz is colorless, getting the color from impurities in it. The colored variants, like green, cost less than a pure, unblemished stone. Colored topaz makes stunning jewelry.

It is quite rare and prized when in a single shade of green. It has been revered for its powers to soothe the spirit, banish negative thoughts, improve fertility. It also restores harmony, allowing one to gain control over thoughts.

A particular green garnet, demantoid, is a brilliant-looking coveted gem. It is a variety of the garnet mineral andradite. It is incredibly luminous, and is very expensive.

Sphene is a very rare brilliant yellowish-green gemstone with a high luster, also known as ‘titanite’ due to its titanium content. Sphene is said to be a calming and soothing stone that protects its wearer from negative energy.

Dioptase is fragile and beautiful. Its rich green color can be transparent to translucent. It is not a conventional stone and is used in meditation to awaken love, compassion and heal emotional distress.

It is said that the ancient Greeks thought opal to be the tears of Zeus and prized it as highly as diamonds.

Opal was believed to bring in good luck because it was understood to possess all the virtues of each gemstone whose color was represented in the color spectrum of the opal, including green.